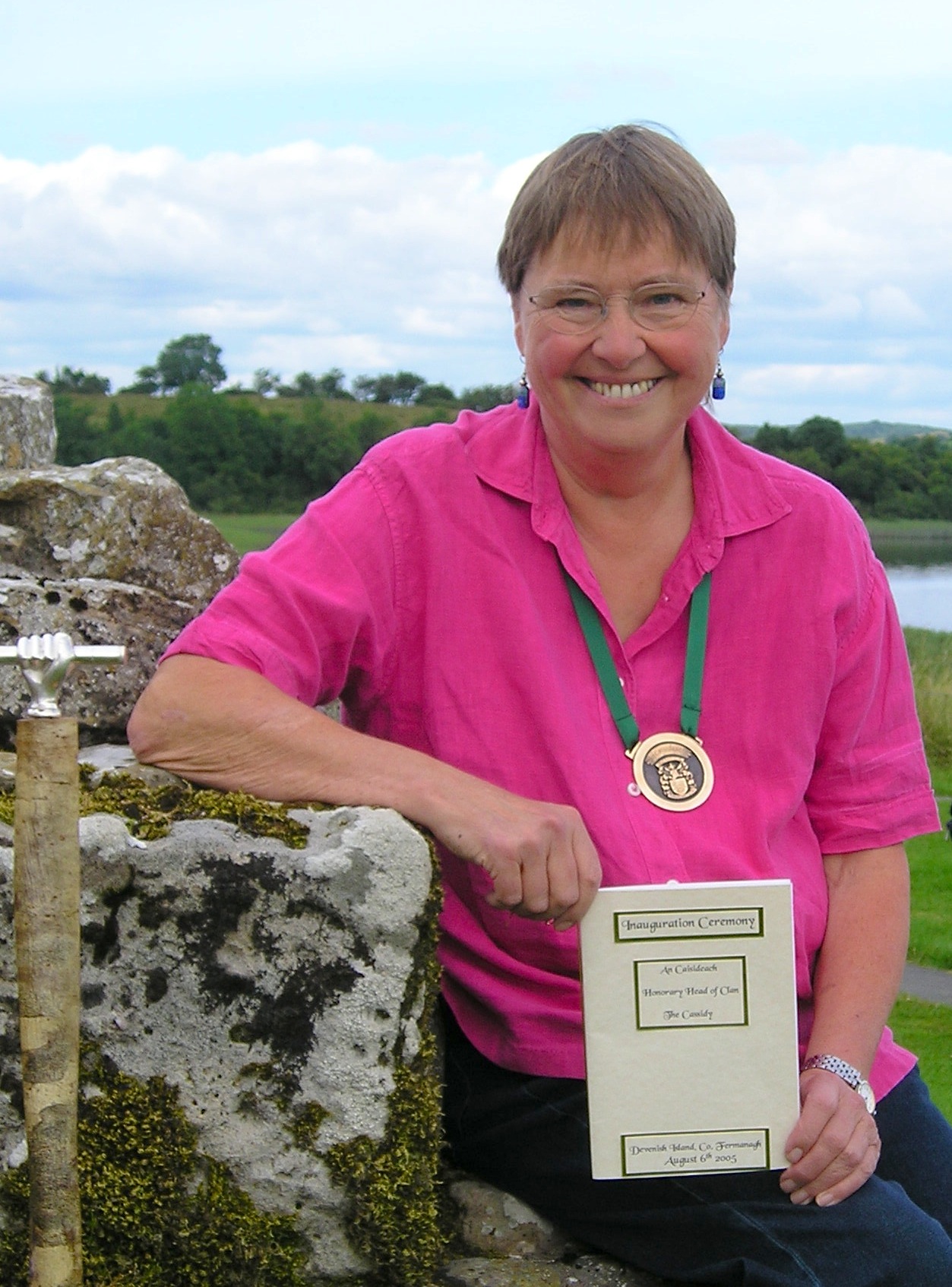 Dr. Sheila Cassidy at her inauguration as An Caisideach on Devenish Island at our 2005 rally. Born in 1937 in Lincolnshire, England, Sheila Cassidy is the daughter of Air Vice Marshall John Reginald Cassidy, who played a central role in Great Britain’s telecommunications industry during World War II. At the age of 10, the family moved to Australia and lived on a chicken farm during her teenage years. By 15, she realized she wanted to be a doctor and returned to England to pursue her studies at Somerville College, Oxford.